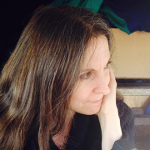 Everyone says that indie publishing is the wave of the future. Avoiding gatekeepers, who are often prejudiced against particular ideas or demographics, and putting your work out there to see if it will sink or swim on its own, puts the power (and the money) back in the hands of the writers. I had an unusual idea and format that I realized would have difficulty finding a home because of its experimental nature, so I though I would give it a try.

Here’s the problem: It’s not free.

By @SylviaHubbard1 in Uncategorized on June 12, 2019.
← 7 Book Promotion Trends & Tips from BookExpo 2019 The Author Blog: Easy Blogging for Busy Authors via ‏@annerallen ‏ →